He lived in this house while passive resistance, rechristened as SATYAGRAHA, was tested against a worthy opponent (General Smuts). The house in Johannesburg, where Gandhi lived for three years from 1908, is now put up for sale with no takers, even from the Indian community in South Africa. The government of India too is showing little interest. Not surprising, given that Mohandas Karamchand Gandhi, the Mahatma, is a chapter in the history of India which the political culture of twenty first century India finds it inconvenient to accommodate. The man and his ideals are fading from the mind of the modern India surging ahead to become a world economic power. So why make a song and dance of a house in South Africa, in which, once upon a time, lived the man who had his uses during India’s Independence struggle, but has become an anachronism in the polity informed by Manmohanomics and Machiavellism.

This story which was reported a few days back in all leading newspapers of the English speaking world, mentions a German friend of the Mahatma who was a stout and loyal supporter of Gandhiji during his experiments in passive resistance in South Africa. I dedicate this post to that little known man whom Gandhiji, in his writings, referred to as his ‘soul mate’.

Hidden away on a quiet street in Orchards, north of Central Johannesburg, the house was designed by Gandhi's confidant and architect Hermann Kallenbach, reported the story in the dailies.

Who was this Hermann Kallenbach?

Kallenbach was a German Jew who became a South African citizen in 1896, and then established himself as a leading architect in Johannesburg. Gandhi has this to say about how he became acquainted with him.

We met quite by accident. He was a friend of Mr. Khan's, and as the latter had discovered deep down in him a vein of other-worldliness, he introduced him to me.

Many a time Gandhiji acknowledges in his writings that his successful application of Satyagraha as a means of political resistance in South Africa wouldn’t have been the success it was without him.

When I came to know him, I was startled at his love of luxury and extravagance. But at our very first meeting, he asked searching questions concerning matters of religion. We incidentally talked of Gautama Buddha's renunciation. Our acquaintance soon ripened into very close friendship, so much so that we thought alike, and he was convinced that he must carry out in his life the changes I was making in mine.
At that time he was single, and was expending Rs. 1,200 monthly on himself, over and above house rent. Now he reduced himself to such simplicity that his expenses came to Rs. 120 per month.

It was against the Asiatic Act which made it mandatory that ‘every Indian, man, woman or child of eight years or upwards, entitled to reside in the Transvaal, must register his or her name with the Registrar of Asiatics and take out a certificate of registration’ that Gandhiji launched his SATYAGRAHA for the first time. In 1908, Gandhi abandoned his legal practice to take care of the struggle for the rights of Indians on South Africa. In this context Gandhi mentions how this was made easier ‘cos Hermann Kallenbach undertook to look after his simple needs.

The greatest support extended to Gandhi by Hermann Kallenbach is in providing near Johannesburg, the infrastructure for the Tolstoy Farm, which provided a place for the Satyagrahis who were moving in and out of prisons, and for their families. I t is amazing how a man of Gandhi’s ilk could have his eyes wide open to human weaknesses and be brutally practical. He writes:

Till now, the families of the jail going Satyagrahis were maintained by a system of monthly allowance in cash according to the need. It would not have done to grant an equal sum to all. A Satyagrahi who had a family of five persons …..could not be placed on par with a bramachari…….The principle observed was each family was asked to name the minimum amount adequate to their needs. There was considerable room here for fraud of which some rogues might not fail to take advantage. Others, who were honest but were accustomed to live in a particular style, naturally expected such help as would enable them to keep it up…...The only solution to this difficulty, namely, was that the families should be kept at one place and should become members of a sort of co-operative commonwealth----. Families of Satygrahis would be trained to live a new and simple life in harmony with one another…… Indians belonging to various provinces and professing diverse faiths would have an opportunity of living together.

And the result was the Tolstoy farm, which is a classic example of how this great man turned a problem into an opportunity to experiment with simple living as an aid to high thinking. This project became possible only when Hermann Kallenbach purchased a 1100 acre farm for the purpose at Lawley, twenty-one miles outside Johannesburg

Hermann Kallenbach took an active part in the Epic March of 1912- that climax of the Indian Campaign of Civil Disobedience - and was arrested.

Let’s take a look at this man through Gandhi’s own words:

In making these experiments I had several companions, the chief of whom was Hermann Kallenbach…. Mr.Kallenbach was always with me, whether in fasting or in dietetic changes. I lived with him at his own place when the Satyagraha struggle was at its height.
He is man of strong feelings, wide sympathies and childlike simplicity. He is an architect by profession but there is no work, however lowly, which he would consider to be beneath dignity. When I broke up my Johannesburg establishment, I lived with him but he would be hurt if I offered to pay him any share of the household expenses, and would plead that I was responsible for considerable savings in his domestic economy.

On another occasion, the Mahatma writes: It was really a wonder how he (Kallenbach) lived on Tolstoy farm among our people as if he were one of us. Gohkale was not the man to be attracted by ordinary things. But even he felt strongly drawn to the revolutionary change in Kallenbach’s life. Kallenbach was brought up in the lap of luxury and had never known what privation was. In fact, indulgence was his religion. He had had his fill of all the pleasures of life, and he had never hesitated to secure for his comfort everything that money could buy……Some Europeans called him a fool or a lunatic while others honoured him for his spirit of renunciation. Kellanbach never felt his renunciation to be painful. In fact he enjoyed it even more than he had enjoyed the pleasures of life before. He would be transported by rapture while describing the bliss of simple life……..he mixed so lovingly with the young as well as the old ….he would make them(young and the old)work hard(tending the fruit trees), but had such a cheerful temper and smiling face that everyone loved to work with him.

And it is this man - Hermann Kallenbach - the subject of the Mahatma’s impassioned eulogy, who was the architect of the house that is now put up for sale, with no takers.

This house in which Gandhiji held discussions with his soul-mate on religion, Satyagraha, diet, and ahimsa - - - - .

A house where the best of east existed in a peaceful intellectual and spiritual companionship with the best of west, mutually influencing each other - - - -

That house has become worthless for us today.
Posted by kochuthresiamma p .j at 10:56 AM

Email ThisBlogThis!Share to TwitterShare to FacebookShare to Pinterest
Labels: Gandhiji

Dear visitors, dont run away without leaving behind something for me :-)
By the way, if your comment does not get posted at the first click, just click once more. 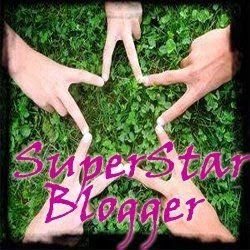